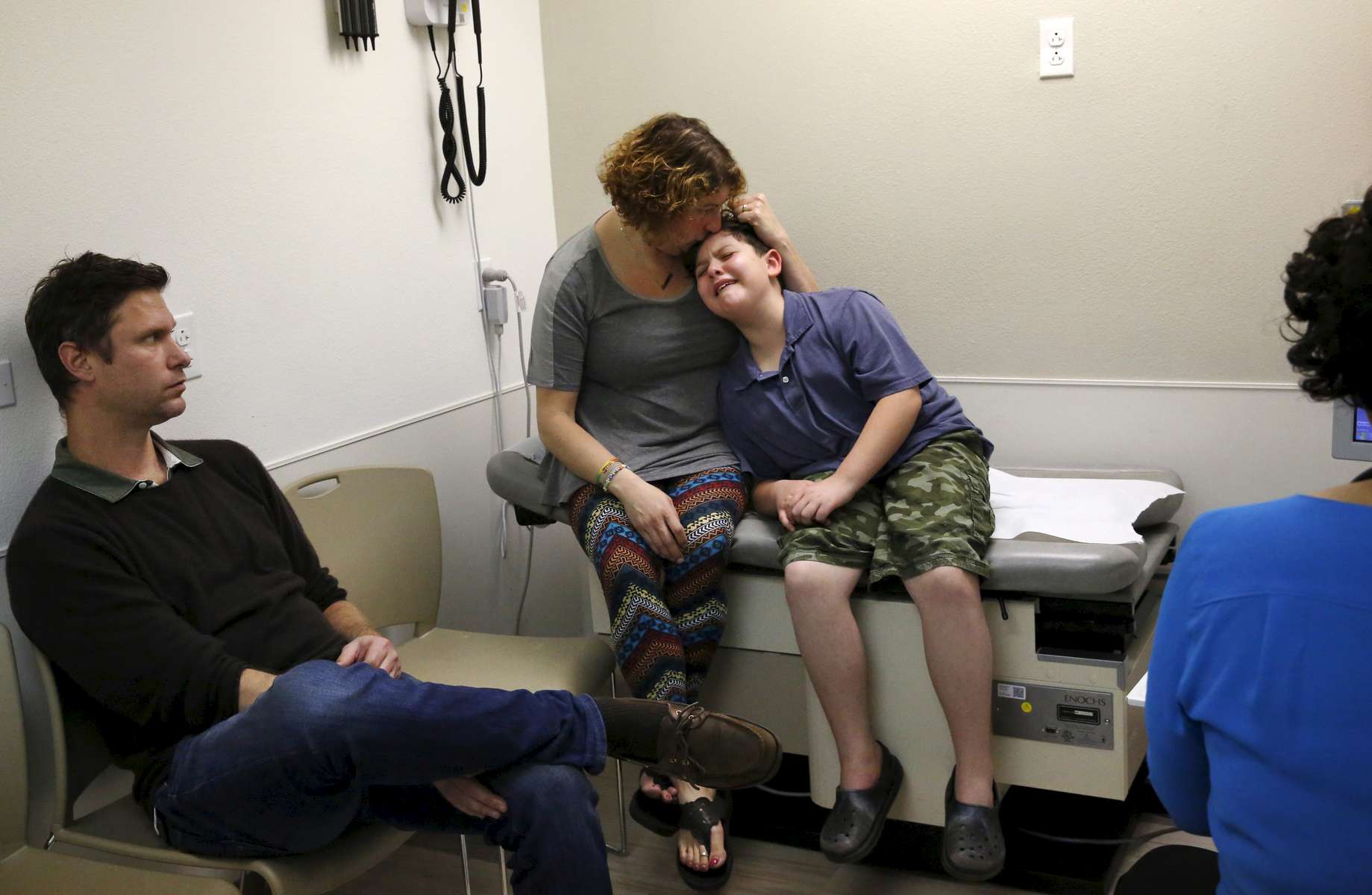 
James Kaplan, 9, cries at the prospect of blood work involving needles and is comforted by his mother Sara as his father Ben looks on during a medical appointment with Dr. Ilana Sherer, right, to determine if he is starting puberty March 15, 2017 at UCSF Benioff Children's Hospital's Child and Adolescent Gender Center Clinic in Oakland, Calif. James will be put on hormone blockers to stop the effects of puberty until he is a young teen. If he still insists on his current gender identity, he will then be put on cross-hormone therapy which will allow him to experience development that aligns with his gender identity.