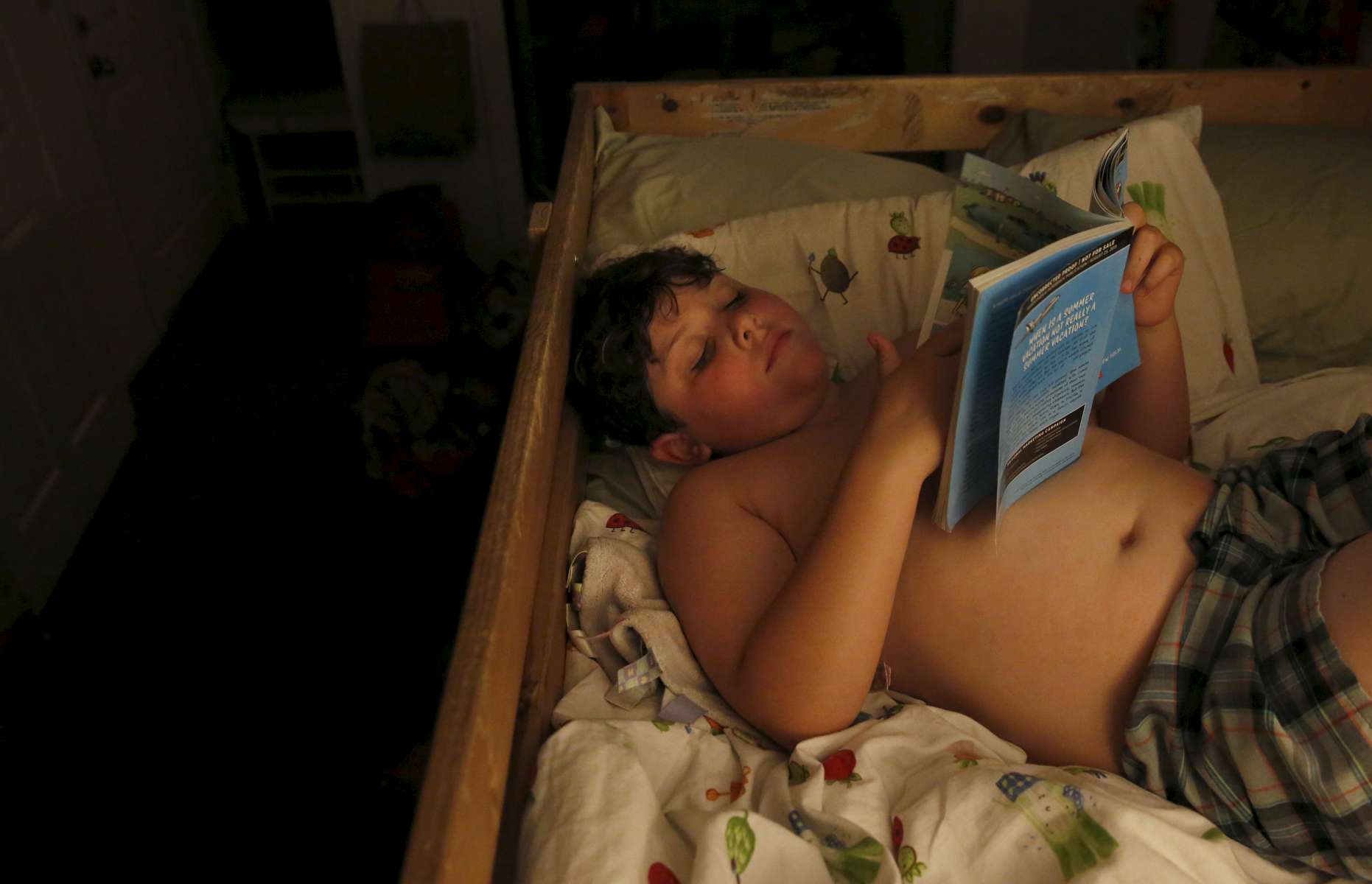 James Kaplan, 8, reads a book for a few minutes before going to sleep Oct. 13, 2016 in Berkeley, Calif. James' father Ben says that right after he transitioned, James became very interested in all of the stereotypical "boy stuff" like batman and comic books. It wasn't until his parents told him it was OK to still like some of the stereotypical "girl things" he still liked from before, like his dolls, that he seemed to level out and feel comfortable having hobbies based on what he liked and not gender stereotypes.