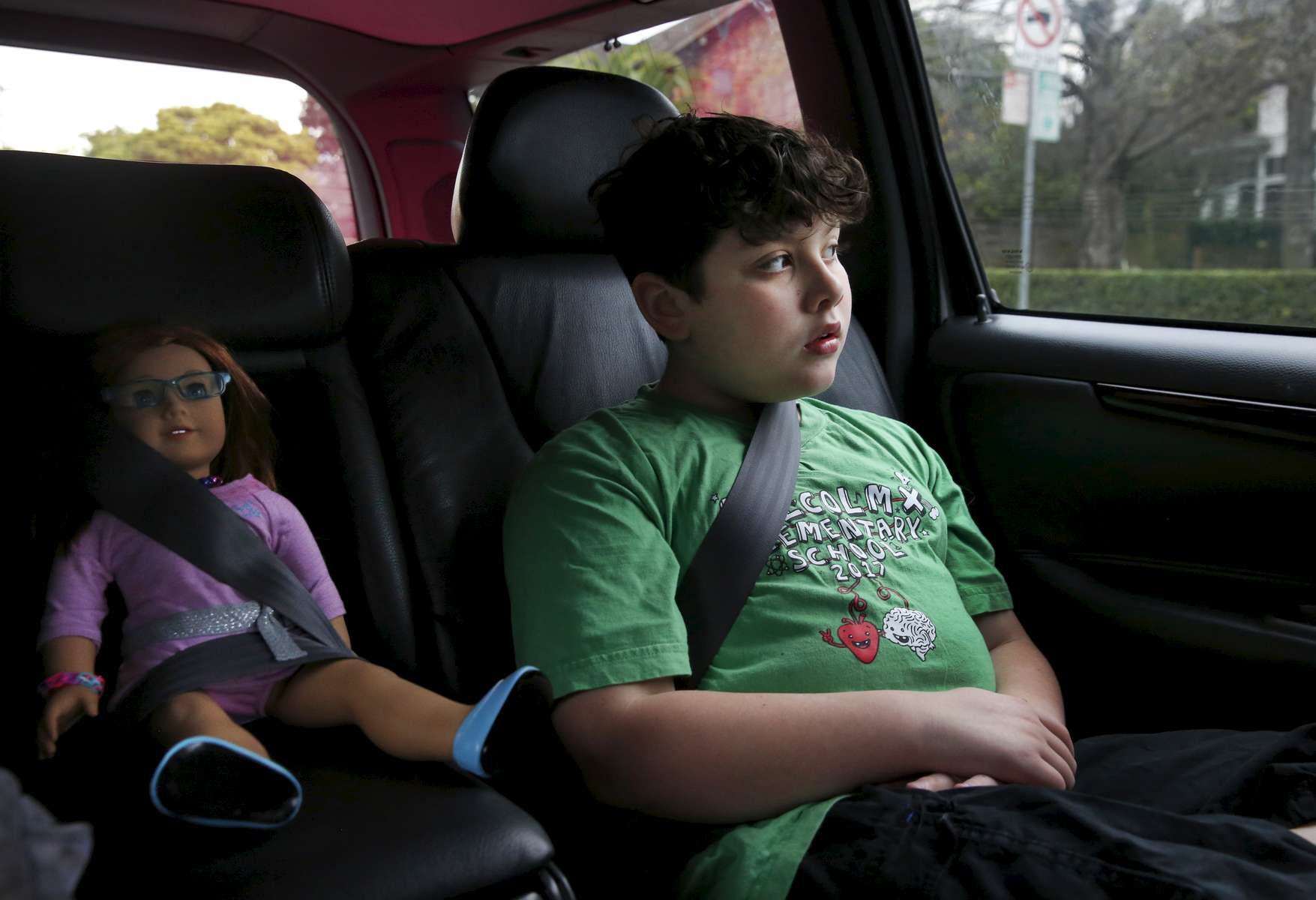 James Kaplan, 9, rides in the car with Brooks buckled in securely next to him with his younger sibling and mother on their way to host a rally for Gavin Grimm Feb. 15, 2017 in Berkeley, Calif. Grimm, a transgender teenager, sued the school board of his Virginia high school for the right to use the bathroom that corresponds with his gender identity. Sara Kaplan organized a rally that was one of many coordinated across the nation in support of Grimm before his case was to be seen by the Supreme Court. Ben, James' father, says that right after he transitioned, James stopped playing with his beloved dolls. It was not until his parents told him that just because he was a boy didn't mean he couldn't play with his dolls that he picked them back up again.