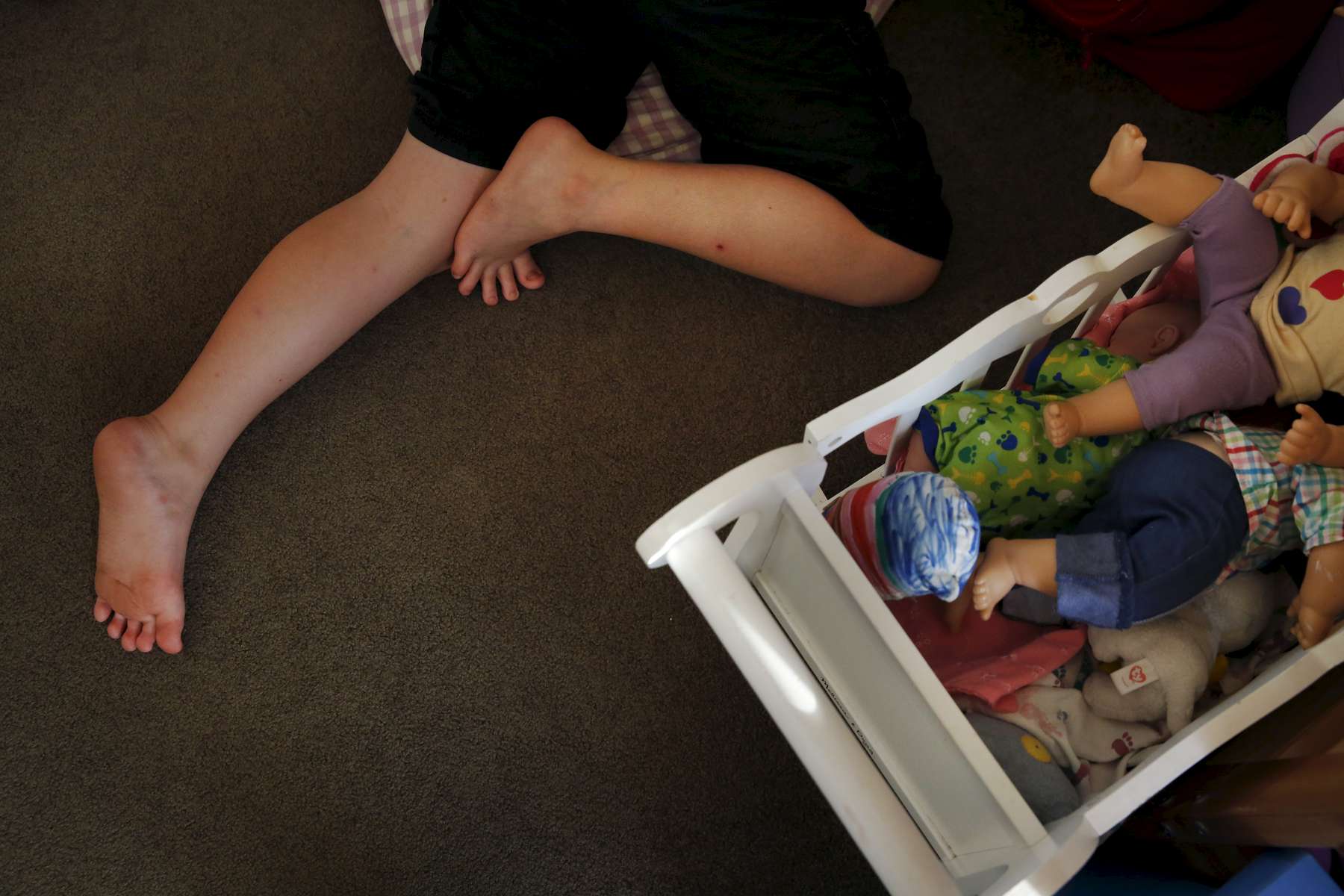 James, 8, spends time on a tablet device in his room while some of his dolls lie next to him in October 2016. James’ father, Ben, says that right after he transitioned, James stopped playing with his beloved dolls. It was not until his parents told him that just because he’s a boy didn’t mean he couldn’t play with his dolls that he picked them back up again.