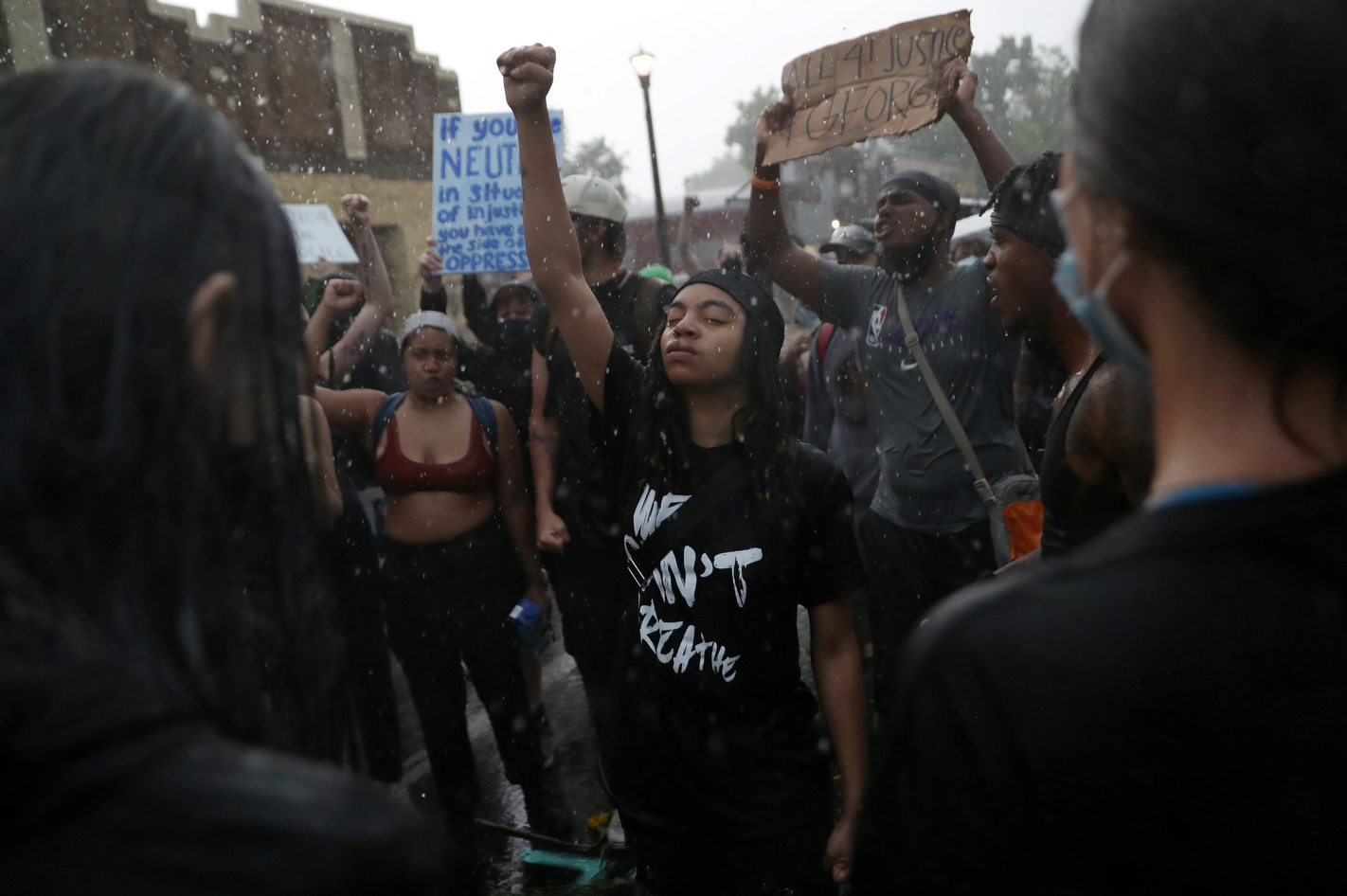 Story summary: On May 25, 2020 George Floyd, a Black man, was arrested by Minneapolis police for allegedly using a counterfeit $20 bill. Not twenty minutes after the police first arrived on the scene, Floyd was laying on the ground showing no signs of life. Several of the officers held him on the ground, including white officer Derek Chauvin, who knelt on Floyd's neck for over eight minutes, even after Floyd pleaded that he couldn't breathe multiple times and became unresponsive. Floyd was pronounced dead not long after he was transported to a medical facility. Witnesses' videos of Floyd's death spread around the world and sparked an international outcry. Minneapolis erupted in protest and a brief period of unrest and protests calling for racial equality and serious policing reform spread across the country, leading to a historic year of protest in the United States.

Rain pours as local activist C'Monie Scott raises her fist while people chant for justice around her at a memorial site for George Floyd outside of Cup Foods June 2, 2020. The memorial is located at the site where Floyd was pinned to the ground by Minneapolis police for over eight minutes even as he plead that he couldn't breathe until he became unresponsive and was later pronounced dead in Minneapolis, Minnesota, U.S.