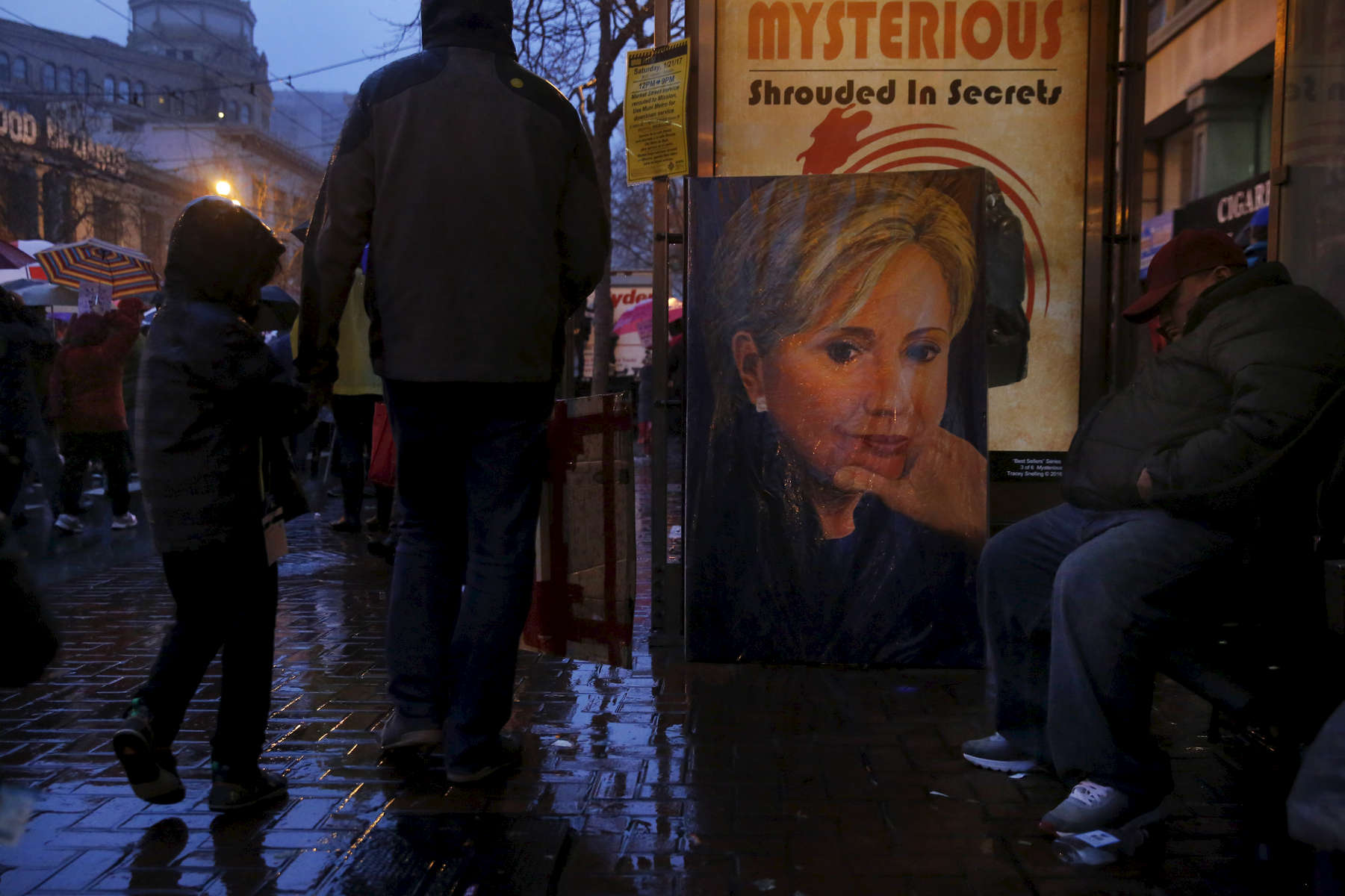 A portrait of Hillary Clinton sits at a bus stop as protesters stream past on Market street during the Women's March Jan. 21, 2017 in San Francisco, Calif. Thousands gathered in San Francisco to march in solidarity with the Women's March on Washington D.C. to protest the presidency of Donald J. Trump and to rally for the rights of all races, classes and gender identities.