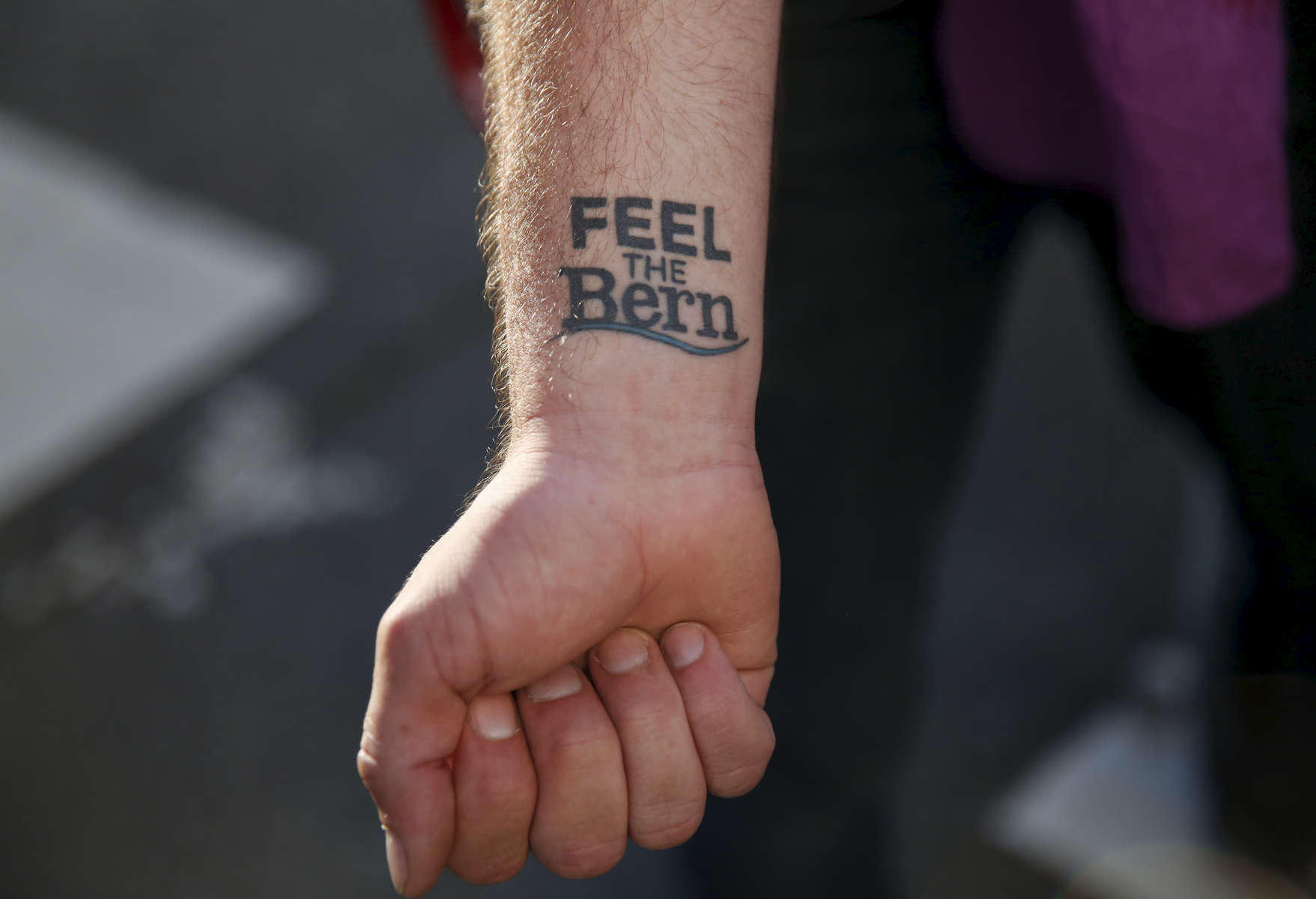 Christopher Ray of San Francisco shows off his Bernie Sanders tattoo during a Hillary Clinton fundraising protest in Nob Hill April 15, 2016 in San Francisco, Calif. The fundraiser was attended by George Clooney, among others. Dozens of protesters showed up and marched around the block to each entrance where police had set up barricades.