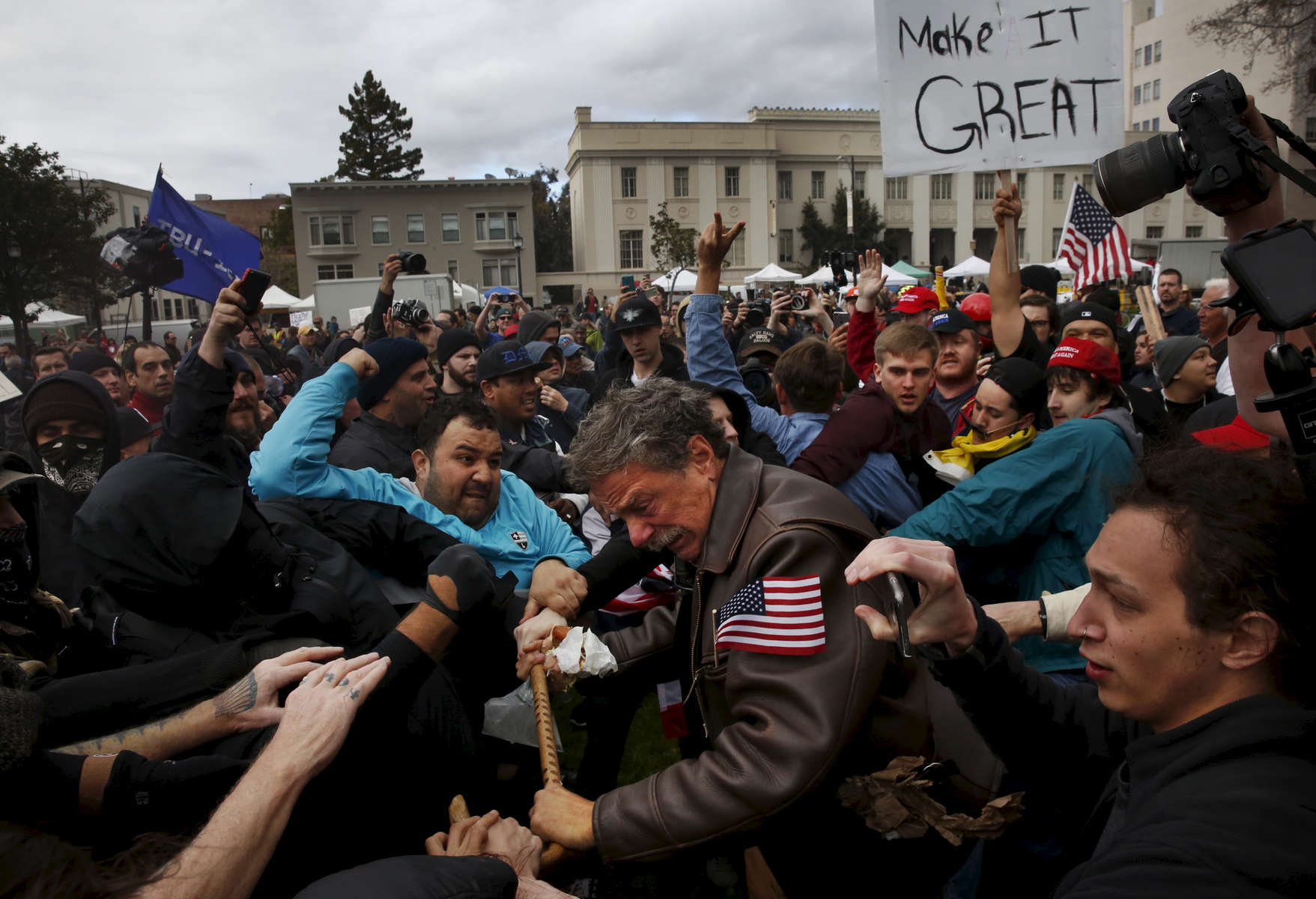 Tom Condon of San Francisco, center, a Trump supporter, becomes entangled in the center of a fight after attempting to push anti-fascist protesters back with his cane during a Pro-President Donald Trump rally and march at the Martin Luther King Jr. Civic Center park March 4, 2017 in Berkeley, Calif.