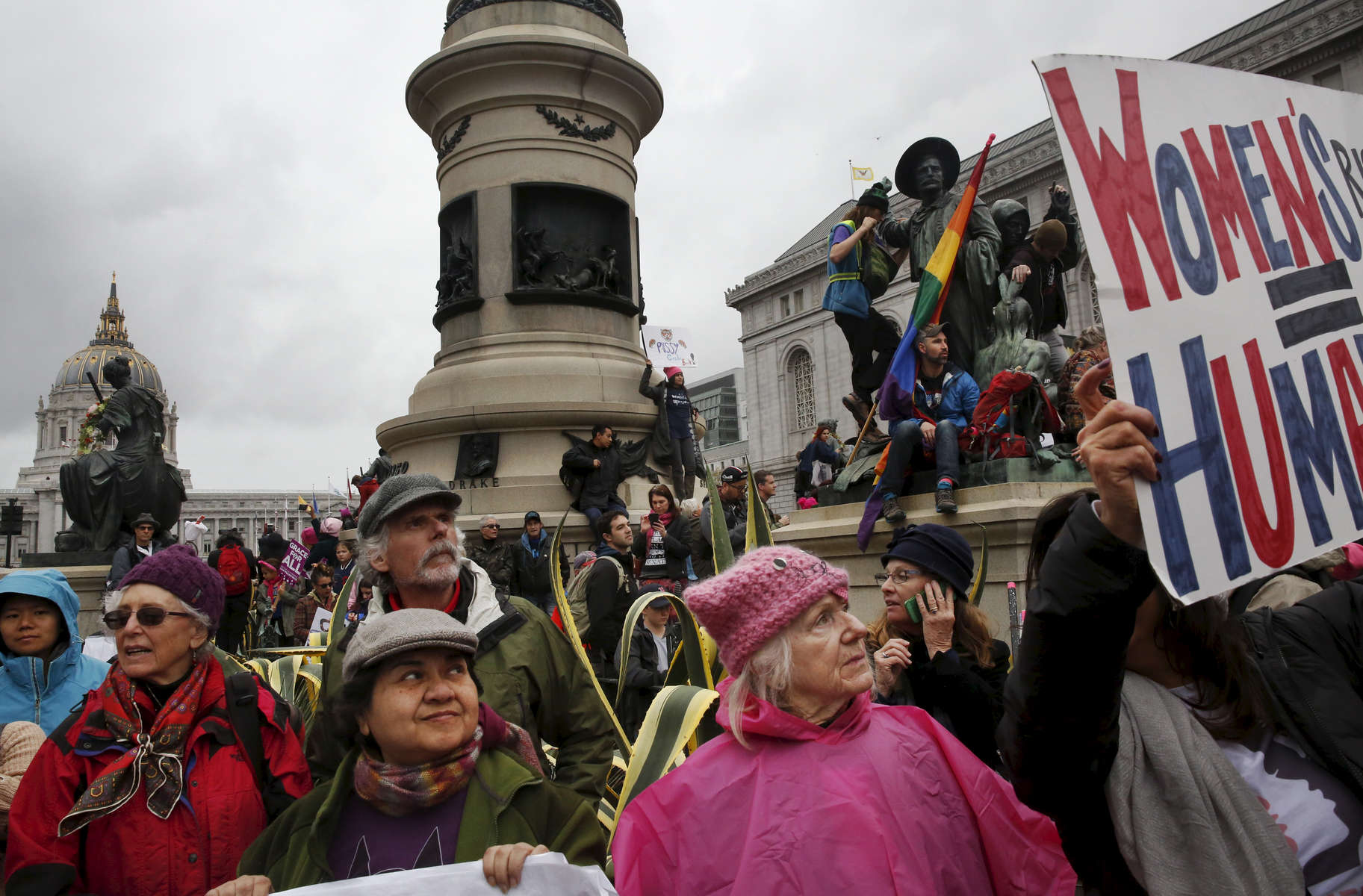 Elsy Tobar, front left, and Kathleen Holton, front right, stand with thousands of others and listen to speakers during a rally in Civic Center Plaza before the Women's March Jan. 21, 2017 in San Francisco, Calif. Thousands gathered in San Francisco to march in solidarity with the Women's March on Washington D.C. to protest the presidency of Donald J. Trump and to rally for the rights of all races, classes and gender identities.