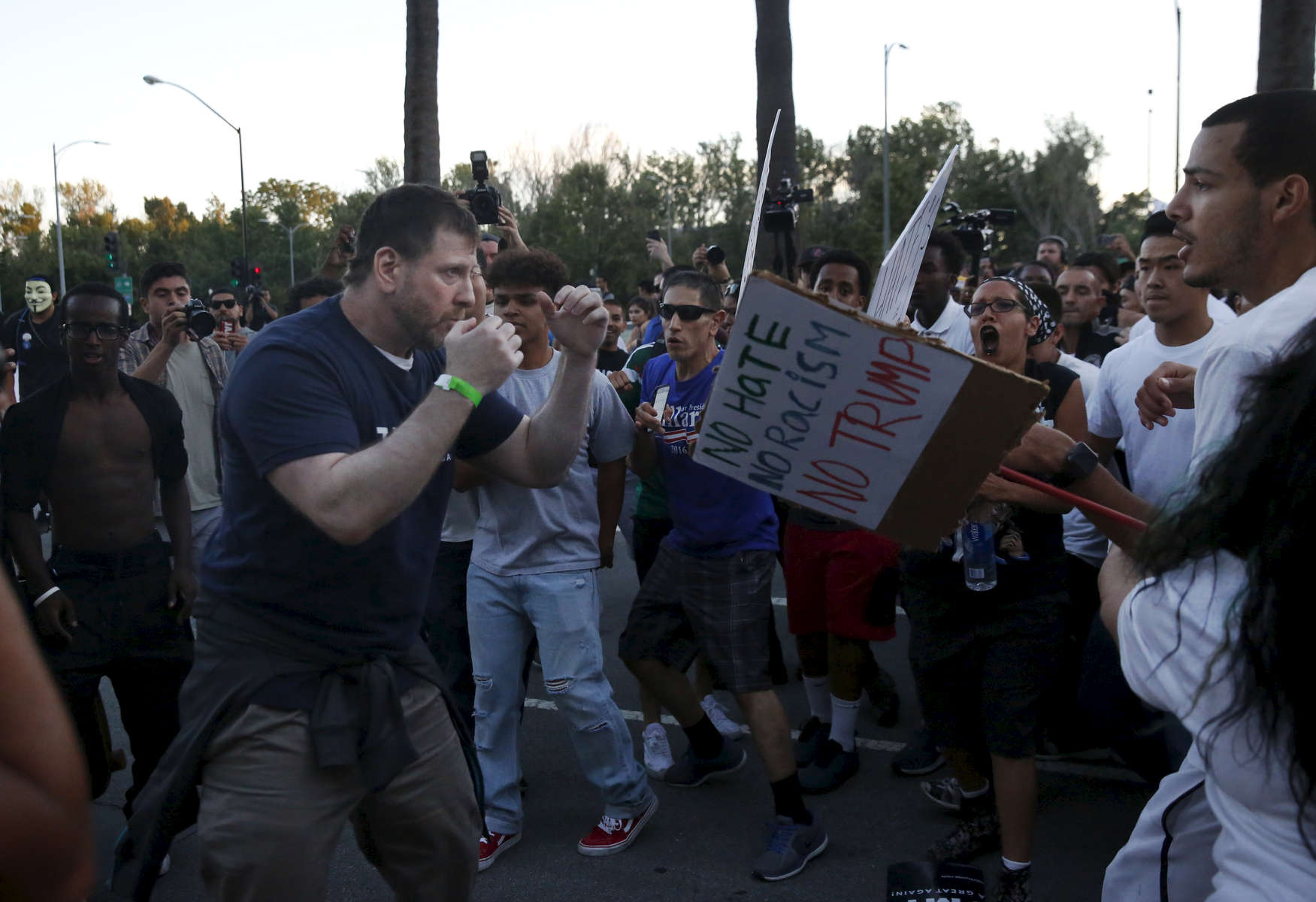 Eric Zarahn, a Trump supporter, gets in a fighting position after getting in a tiff with anti-Trump protesters after they surrounded him and snatched his hat off of his head near the convention center where presidential candidate Donald Trump held a campaign rally June 2, 2016 in downtown San Jose, Calif.