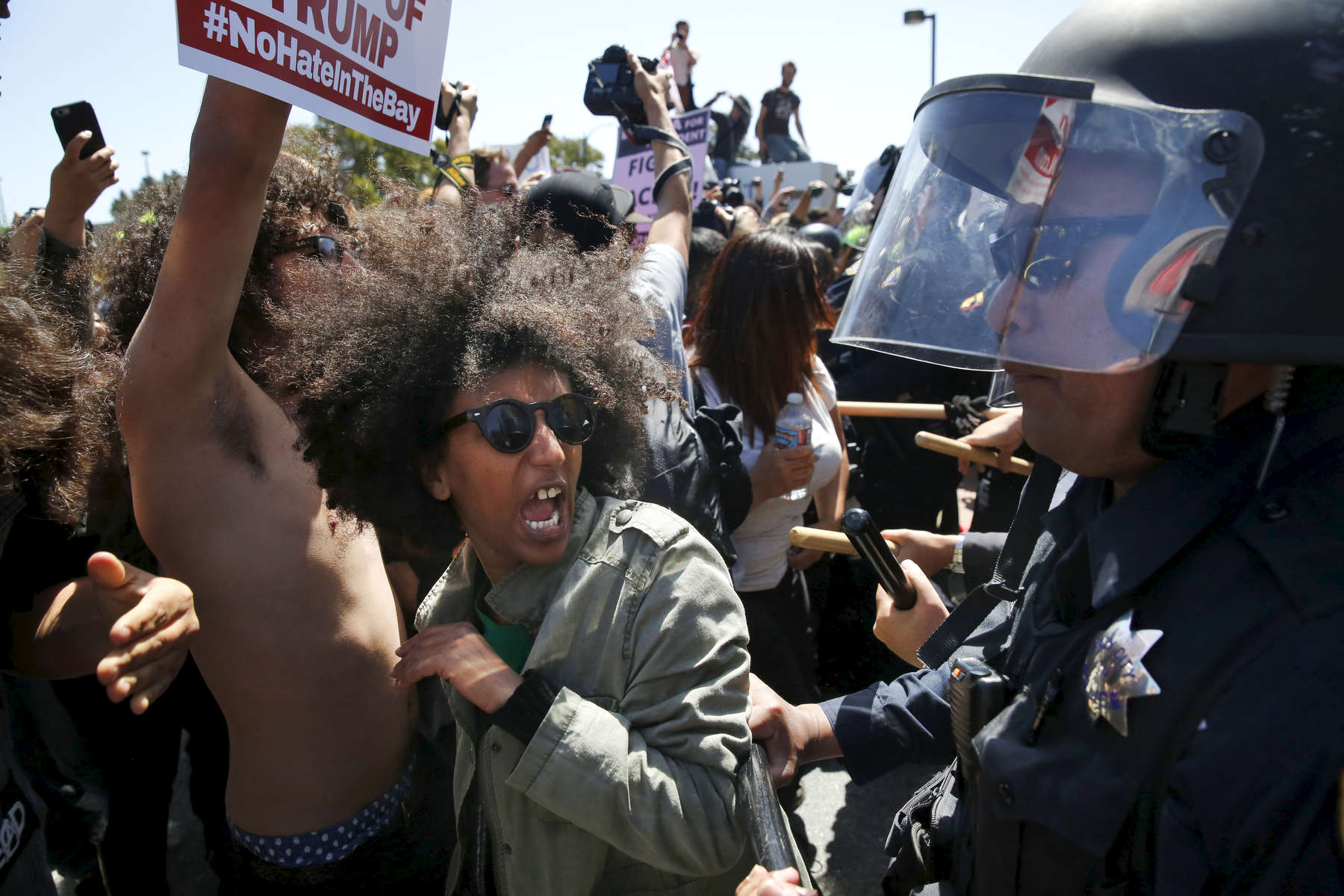 Biseat Yawkal, an Oakland protester, yells as she is pushed by police trying to push protesters back outside of the Hyatt Regency during the first day of the California Republican Party Convention in Burlingame, Calif., Thursday, April 29, 2016. The convention featured speeches from Presidential candidates Donald Trump and John Kasich among others.