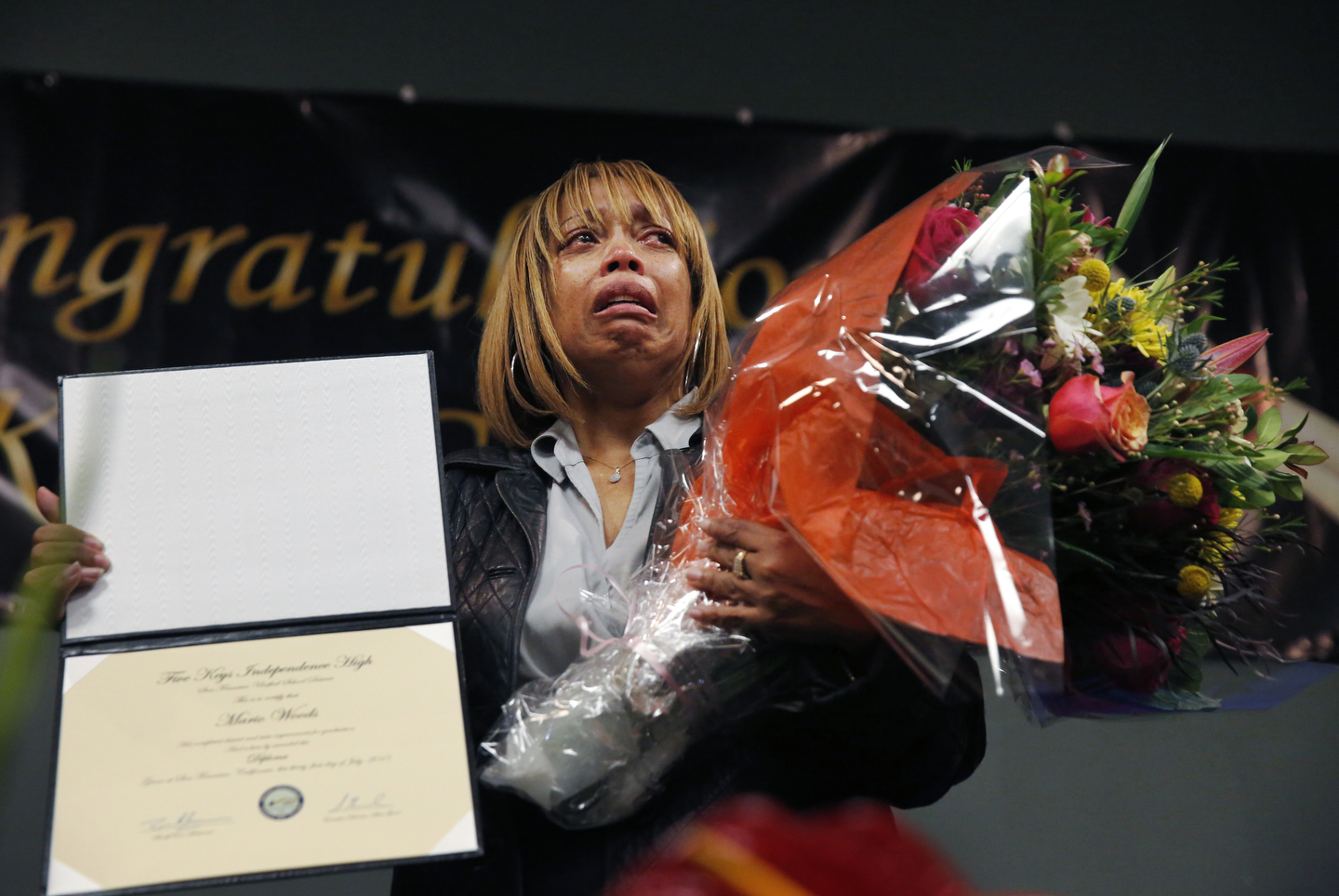 Gwendolyn Woods, the mother of the late Mario Woods who was fatally shot by San Francisco Police, sheds tears as she stands in front of a group of cameras after accepting a diploma for her son during the San Francisco Sheriff's Department's 5 Keys Charter Schools and Programs Community Graduation ceremony Jan. 20, 2015 in San Francisco, Calif.