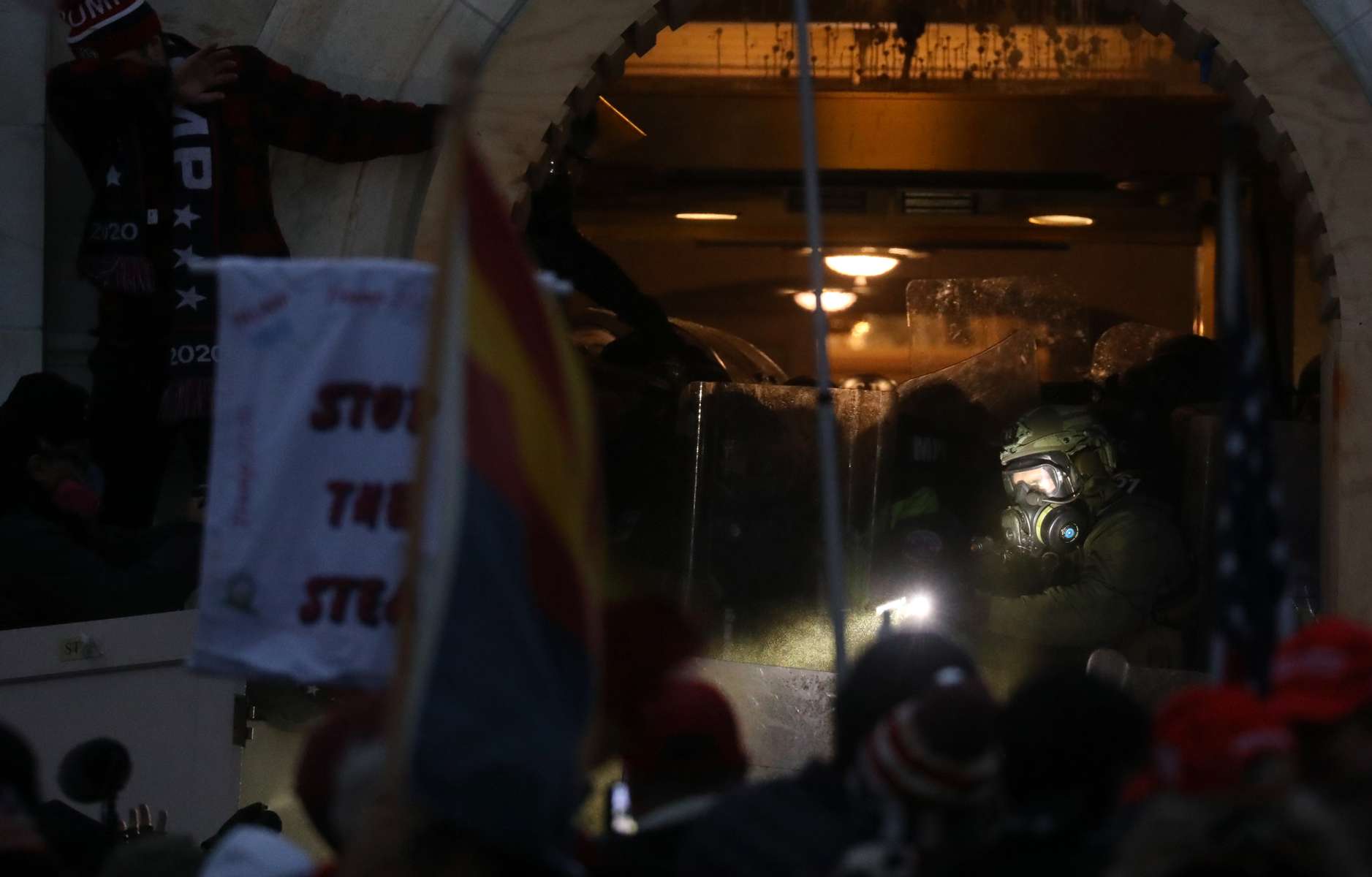 
A member of law enforcement shines a light as crowd control munitions are released into a violent mob, many of whom are supporters of U.S. President Donald Trump, after the crowd attacked the U.S. Capitol building as the U.S. Congress certification of the November 2020 election results were scheduled to take place inside in Washington, U.S., January 6, 2021.