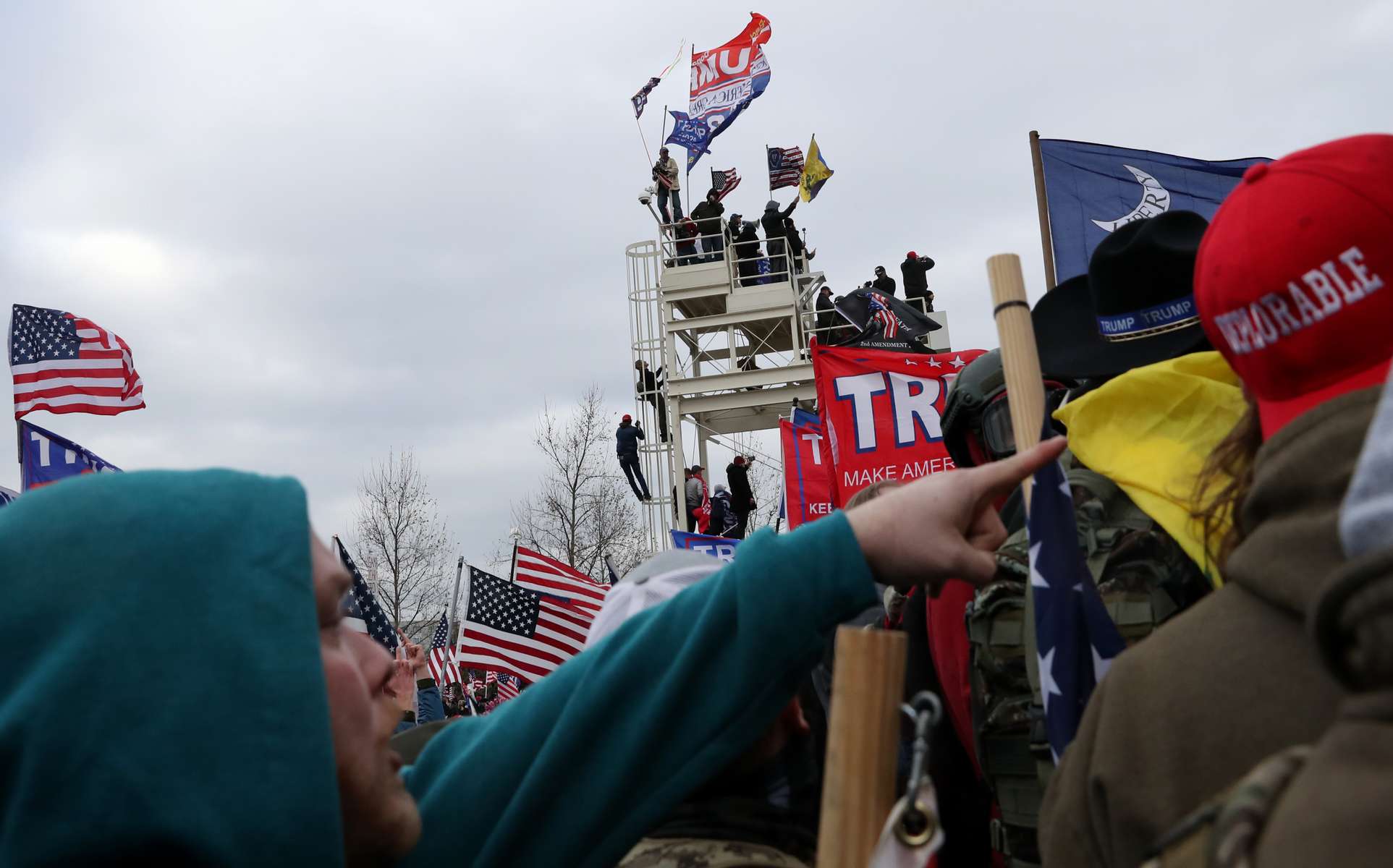 
A police officer sprays chemical irritant as he tries to fend off attacks by a mob, many supporters of U.S. President Donald Trump, after a large crowd began attempting to storm the U.S. Capitol building as the U.S. Congress certification of the November 2020 election results went on inside in Washington, U.S., January 6, 2021.