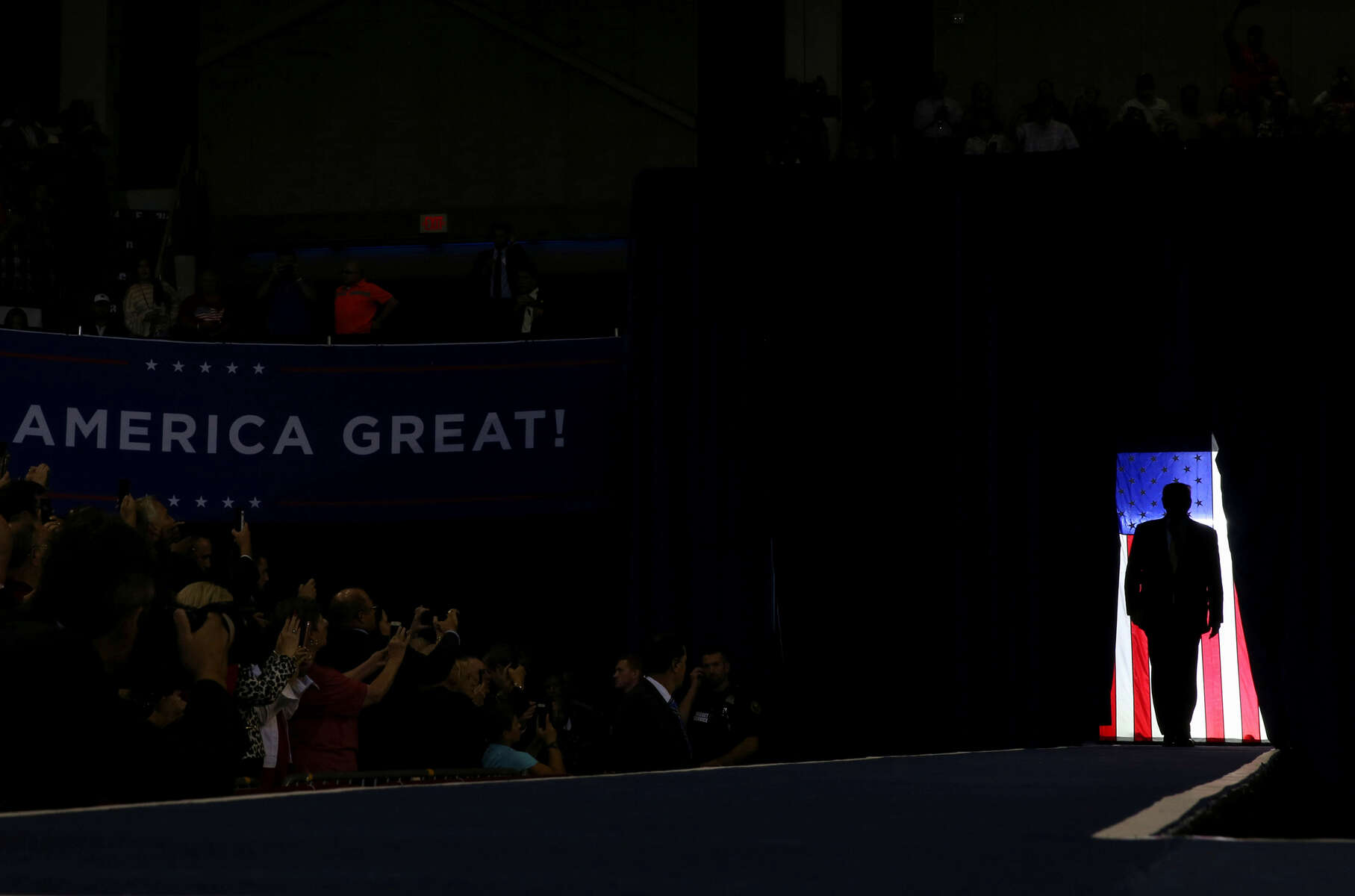 U.S. President Donald Trump is silhouetted against a U.S. flag as he holds a campaign rally in Lake Charles, Louisiana, U.S., October 11, 2019. Throughout the year and his presidency, Trump has continued to hold rallies and often uses them as an outlet to release his frustration and rage with the Democratic Party and the news media.