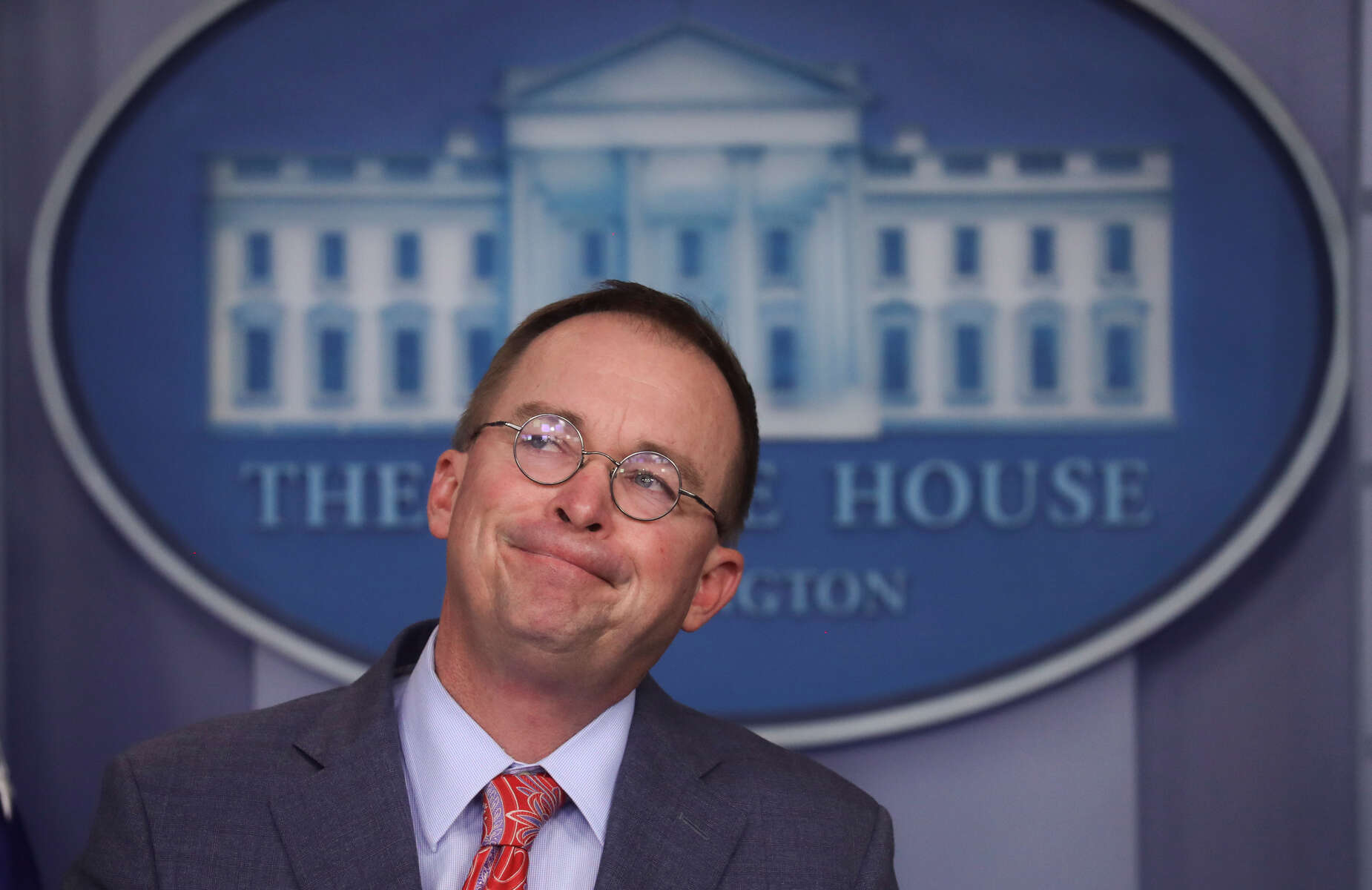 Acting White House Chief of Staff Mick Mulvaney addresses reporters during a news briefing at the White House in Washington, U.S., October 17, 2019. The news briefing shook Washington after Mulvaney admitted there had been a "quid pro quo" with the president and the Ukrainian president. "We do it all the time, get over it" Mulvaney declared. He later tried to walk his statements back.