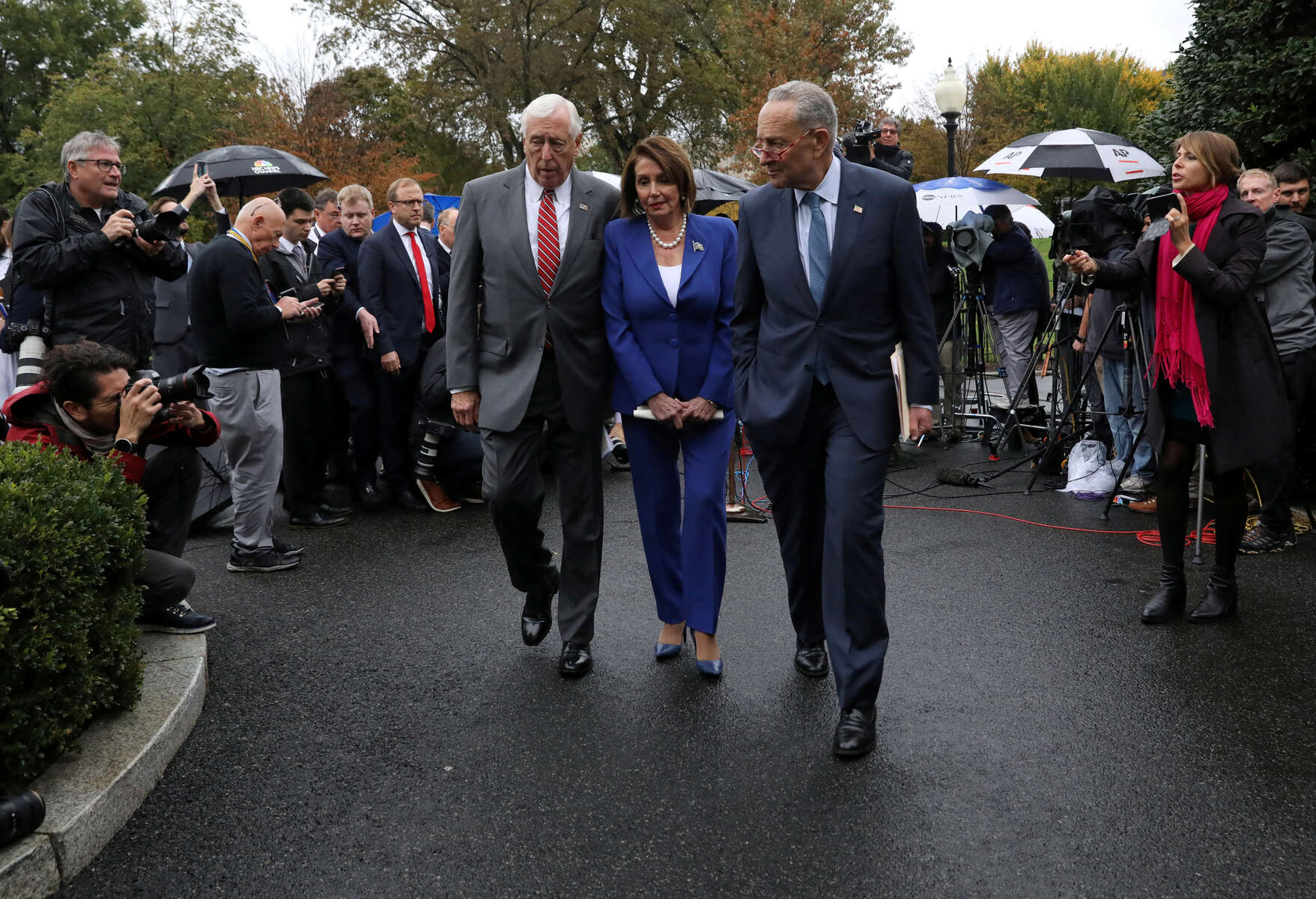 House Majority Leader Steny Hoyer (D-MD), House Speaker Nancy Pelosi (D-CA) and U.S. Senate Minority Leader Chuck Schumer (D-NY) walk away from a news conference after meeting with U.S. President Donald Trump about Trump’s decision to withdraw US troops from Syria at the White House in Washington, U.S., October 16, 2019. Democrats said they walked out of the meeting after it spiraled into name calling and insults. Pelosi said she prays for the president and called the event a "a very serious meltdown". Pelosi would eventually call for the impeachment of the president based on mounting evidence the democrats believed pointed to an abuse of power by the president based on a phone call he made to President Zelensky asking for an investigation into his political rival Joe Biden's son.