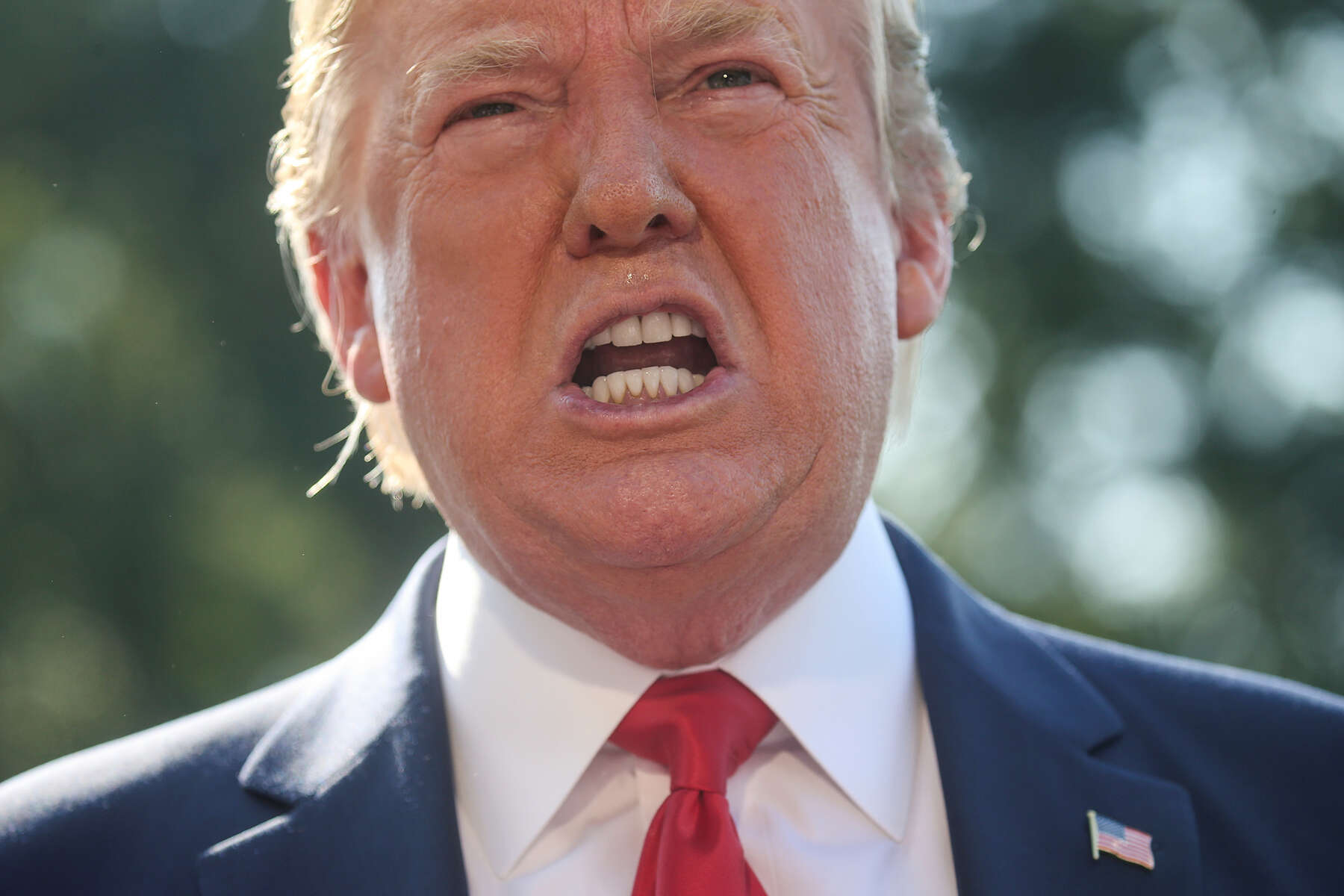 U.S. President Donald Trump talks to reporters as he departs for travel to Williamsburg, Virginia from the South Lawn of the White House in Washington, U.S., July 30, 2019. Trump doubled down on disparaging remarks he had made about Baltimore and Rep. Elijah E. Cummings (D-Md.), saying the people were "living in hell". When asked later by a reporter why he was lashing out at Cummings, who is not the mayor of Baltimore but is the chairman of the House Oversight Committee, which is looking into Trump's finances, Trump said, "now, he’s in charge of an Oversight Committee. All I’m saying is take your Oversight Committee and go to Baltimore. You’ll learn a lot."