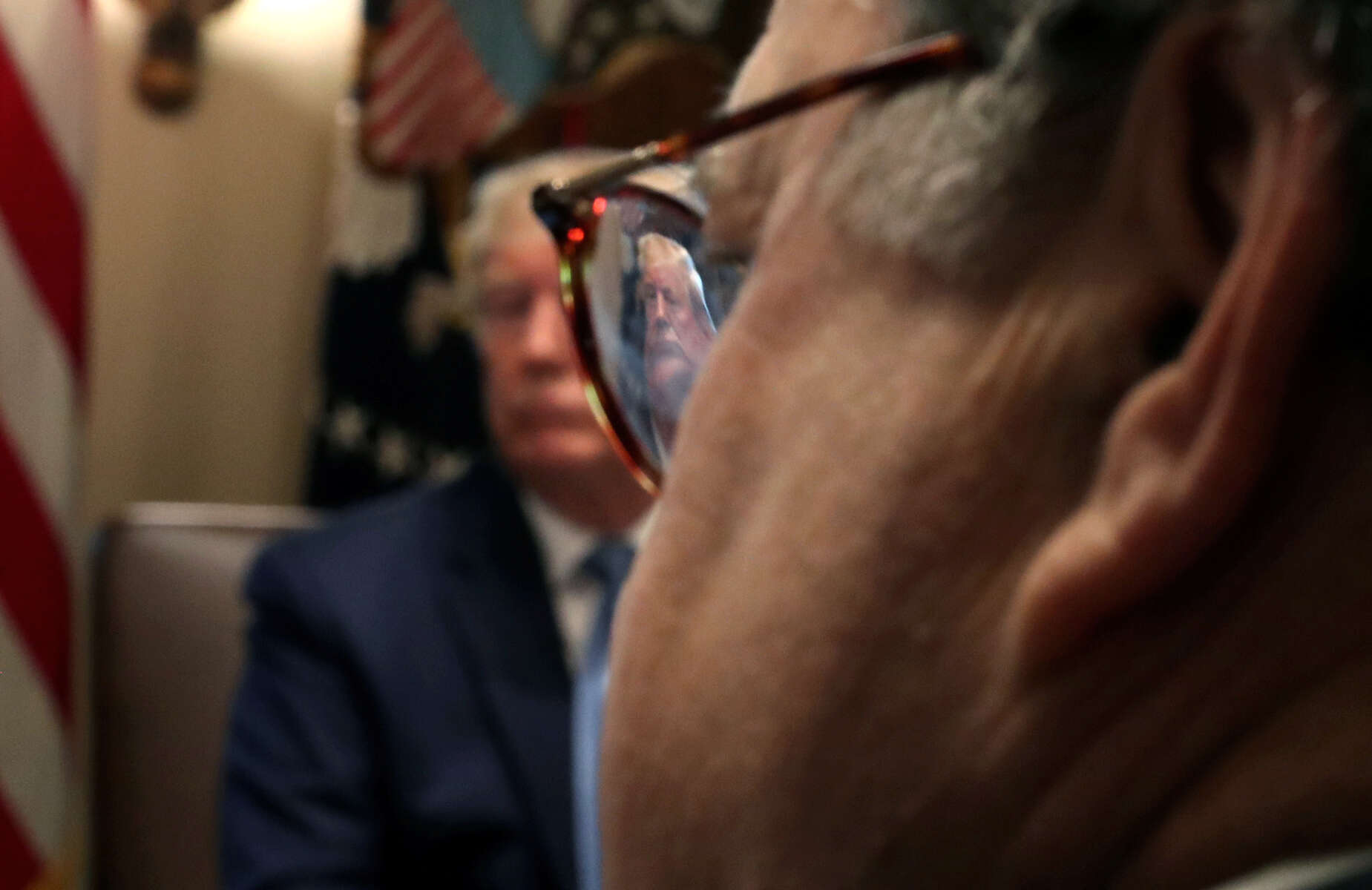 U.S. President Donald Trump is seen through the glasses of U.S. Attorney General William Barr during a cabinet meeting at the White House in Washington, U.S., July 16, 2019. Barr was able to control the initial narrative of the Mueller report before it came out, announcing in a press conference "there was no evidence of Trump campaign 'collusion' with the Russian government’s hacking." Later, Barr would find himself a central figure in the Ukraine scandal. During President Trump's phone call to President Zelensky, after Trump asked for an investigation into his political rival, he suggested Zelensky talk to his lawyer Rudy Giuliani and U.S. Attorney General William Barr.