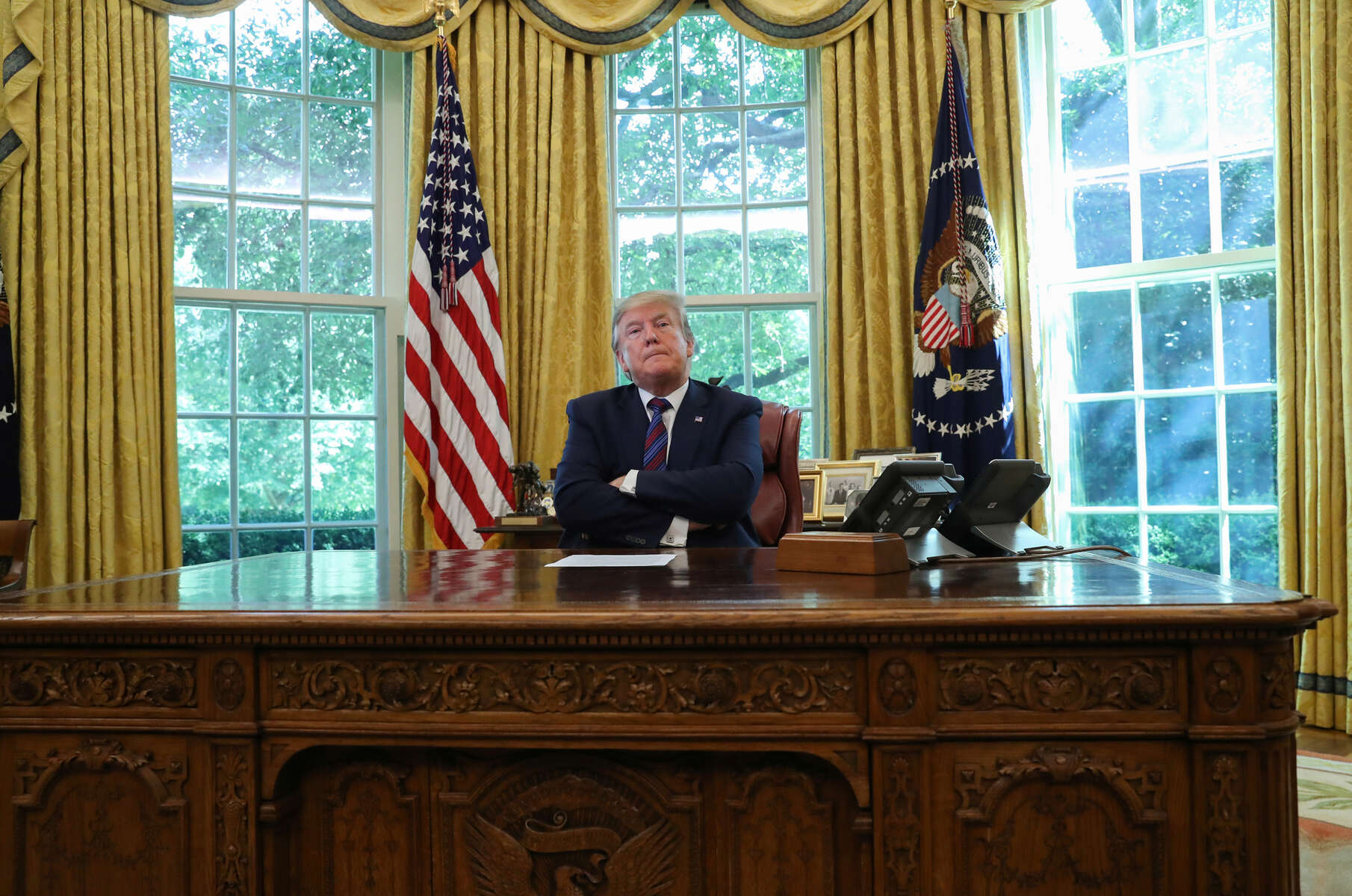 U.S. President Donald Trump can be seen the day after he made the phone call to Ukrainian President Volodymyr Zelensky which would eventually spur his impeachment, listening to a question from the news media from behind the Resolute Desk in the Oval Office of the White House in Washington, U.S., July 26, 2019.