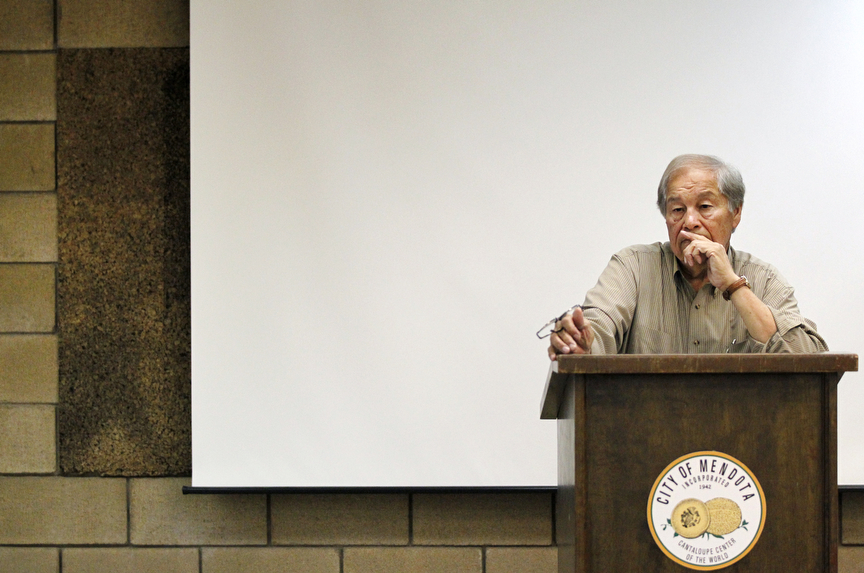 Mayor Robert Silva listens to questions after presenting about the impact of the drought on Mendota to a group of people with Future Advocates for Agriculture Concerned about Tomorrow April 14, 2014 in City Hall in Mendota, Calif. In Mendota, a rural city of about 11,000 people that is home to many migrant workers, the jobless rate was at 36 percent in April 2014.