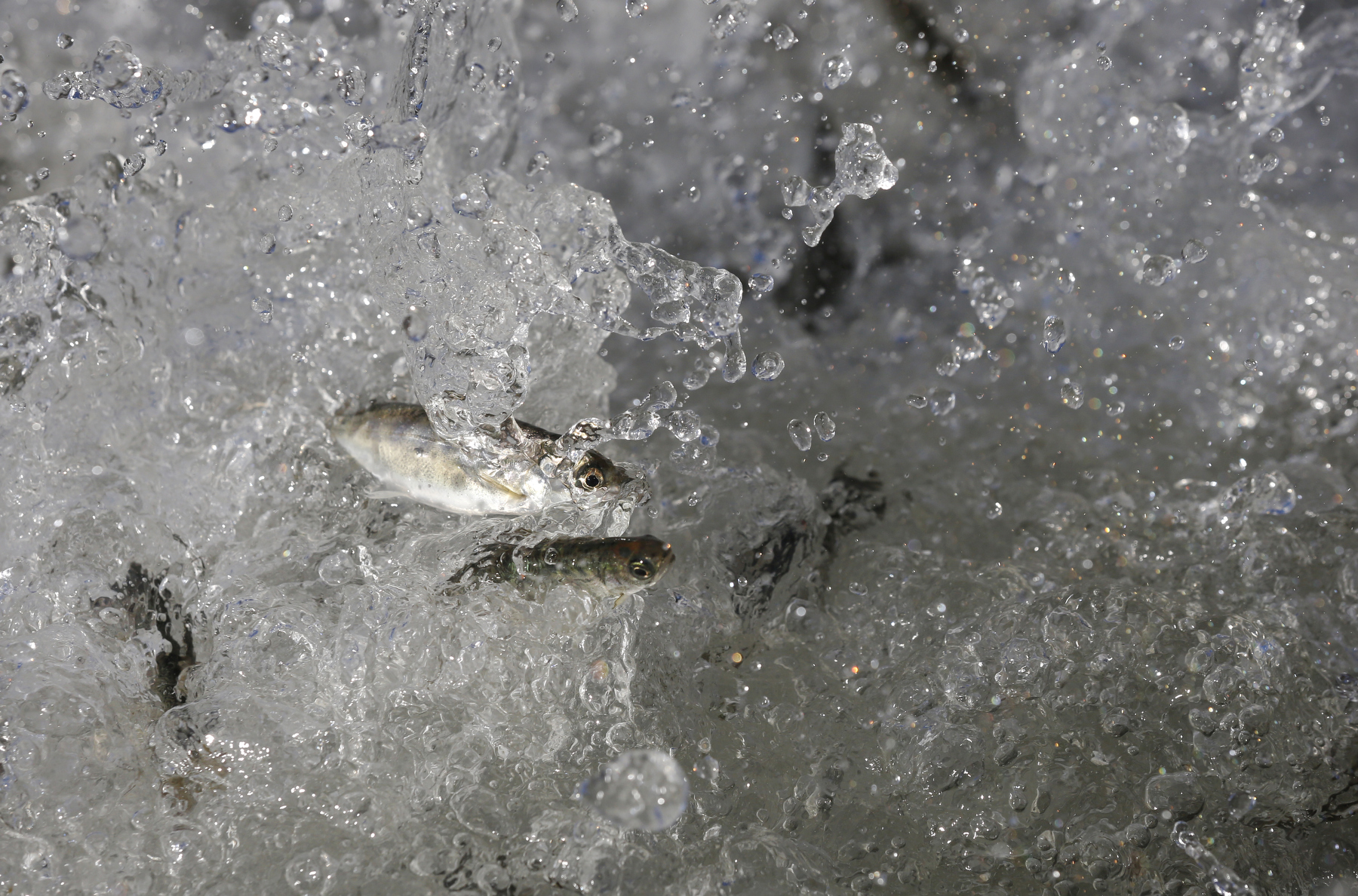 Chinook salmon smolts tumble into net pens for acclimation and transportation in the Sacramento River after getting transported via truck from the Coleman National Fish Hatchery as part of the second year of a special contingency plan to keep the salmon alive from around the Central Valley through the drought March 26, 2015 in Rio Vista, Calif. On Wednesday, the trucking began, kicking off a two-month effort that will eventually transport 12 million Chinook salmon via trucks down river to ensure their migration into the ocean despite dropping water levels due to the drought.