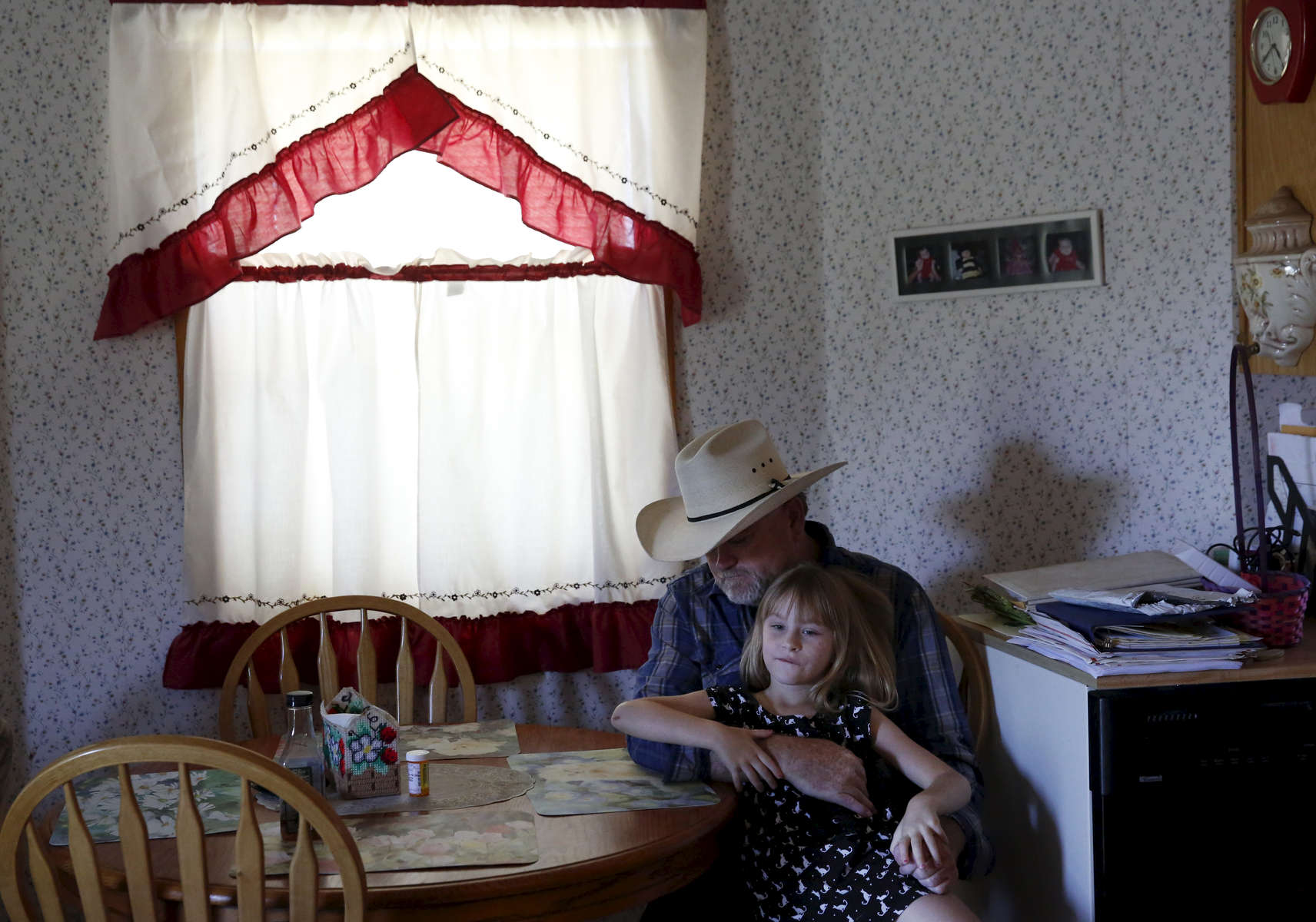 
Dennis Baker, 53, hangs out with his granddaughter Kaylie Baker, 6, before a delayed Father's Day dinner for him June 23, 2015 at his home, situated on his farmland in Tracy, Calif. Baker, who farms 40 acres of hay, became concerned for his crop after a hearing at the San Joaquin County Superior court between the State Water Board and his water district (the Banta-Carbona Irrigation District) was held to decide whether it is legal for the state to stop water diversions to senior water rights holders like him. If the water stopped flowing to his land, he was worried about losing his crop, or more importantly, losing his “permanent pasture” which has been reseeding itself for 50 years.