Borders Between Us: deported1217 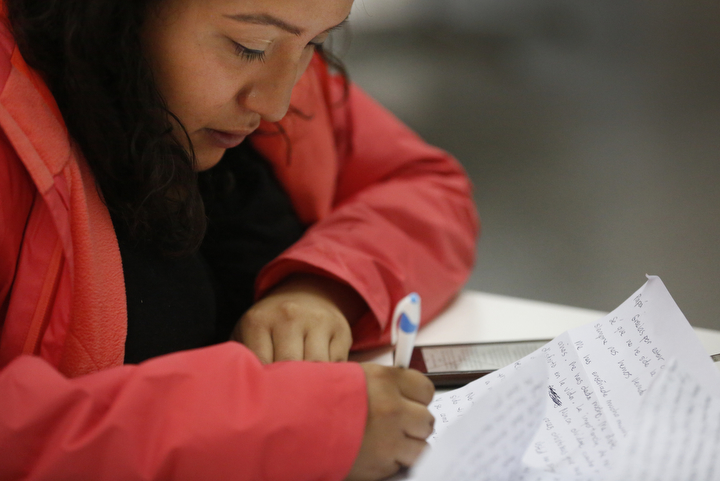 
Vianney Sanchez, 23 hurriedly copies letters from her phone to her father in Spanish and to her mother in English as her mother gives her final interview to media members before her father, mother and brother leave for their self-deportation flight back to Mexico from San Francisco International Airport August 16, 2017 in San Francisco, Calif. The family's application for a stay was denied.