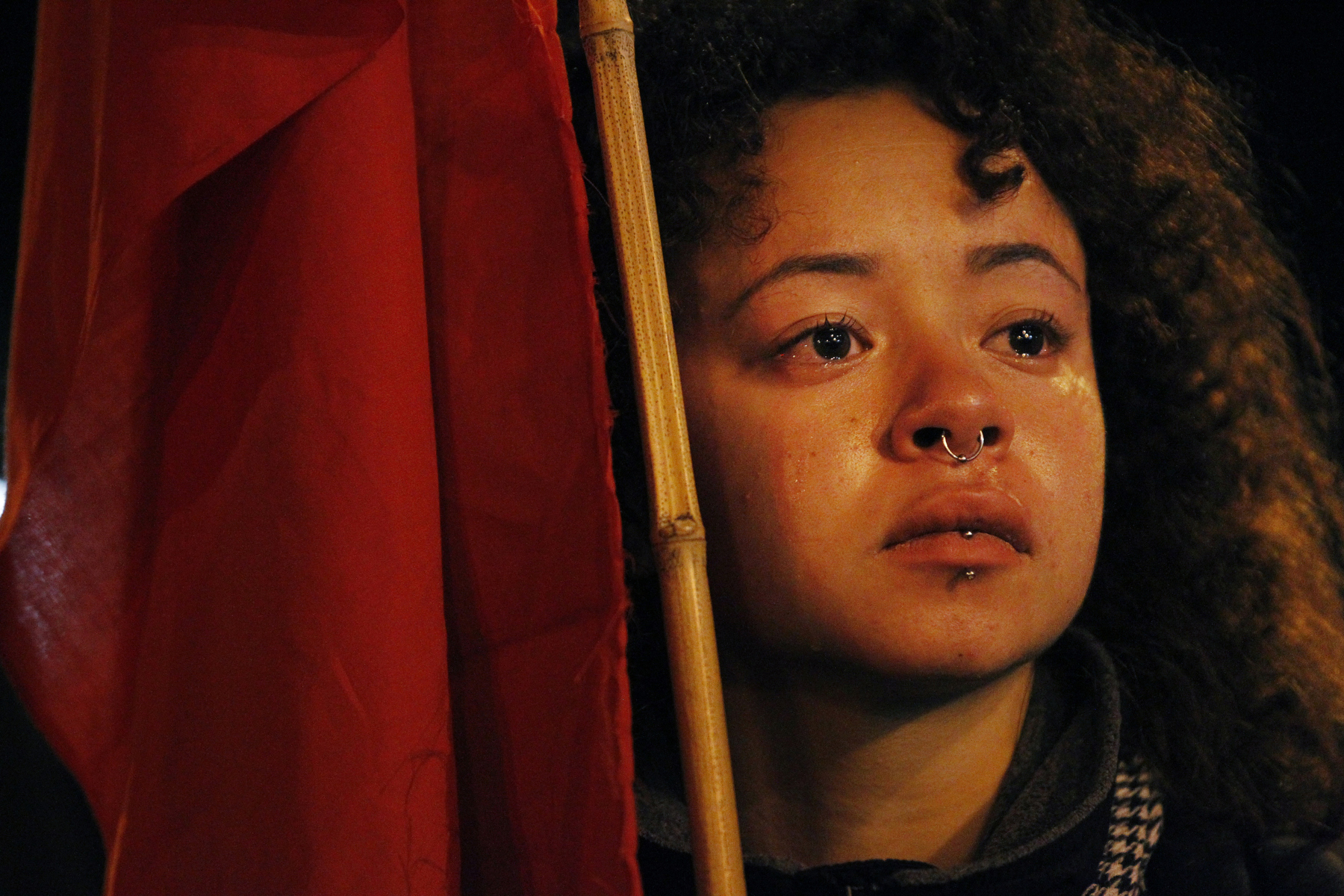 Nia Snow, 17, sheds tears as people share the reasons as to why they attended the protest as the group stands in the middle of 24th and Mission streets at the end of the Millions March Dec. 13, 2014 through the streets of downtown San Francisco, Calif. The march was one of many that happened across the country to protest racial injustice and the countless deaths of unarmed minorities at the hands of police.