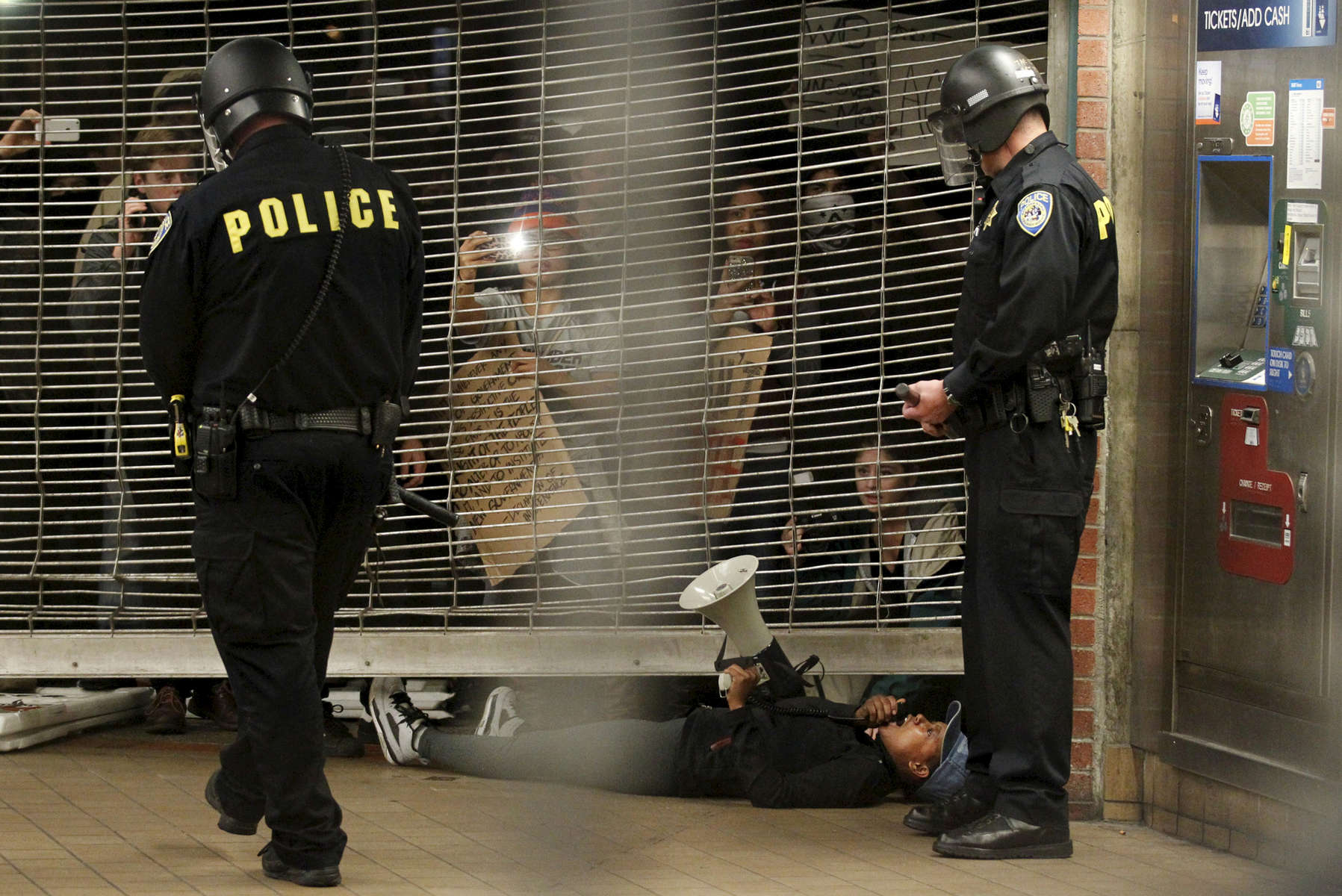 India Stephens addresses police from under the West Oakland BART station gate during the "Solidarity with the Revolt, Ferguson to the Bay march and noise demo" protest march Dec. 5, 2014 in Oakland, Calif. The march was organized to support protesters who have been arrested and are facing "felony charges allegedly related to the looting of various stores" related to protests that have occurred in the past week and a half in the Bay Area.