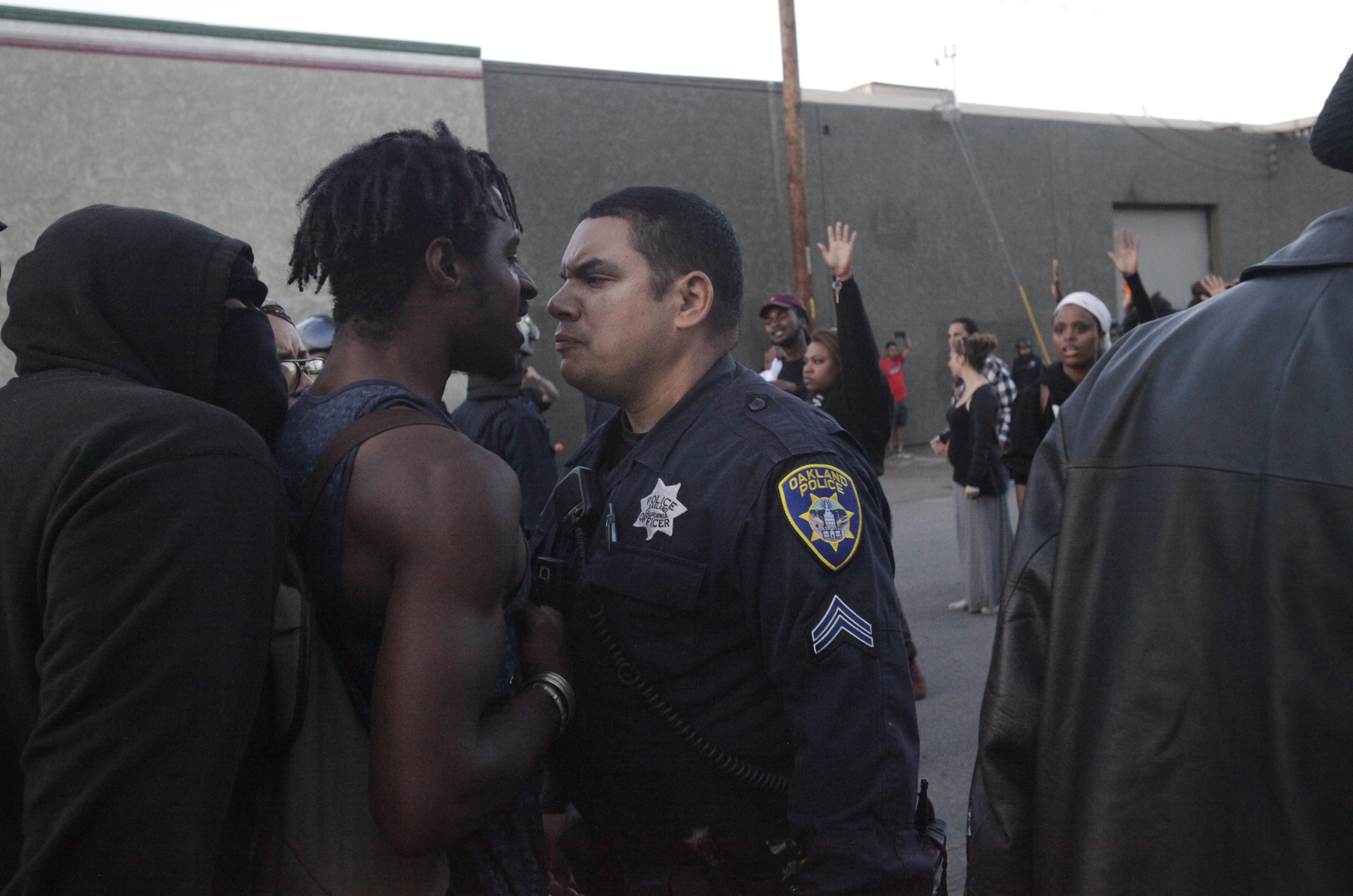 A police officer and a protester have a tense moment before a scuffle breaks out between a different protester and police officers near the port during an "F the Police" march held in solidarity with Ferguson, Mo., where there was a fatal shooting of an unarmed 18-year-old black man earlier in the week August 15, 2014 in Oakland, Calif.