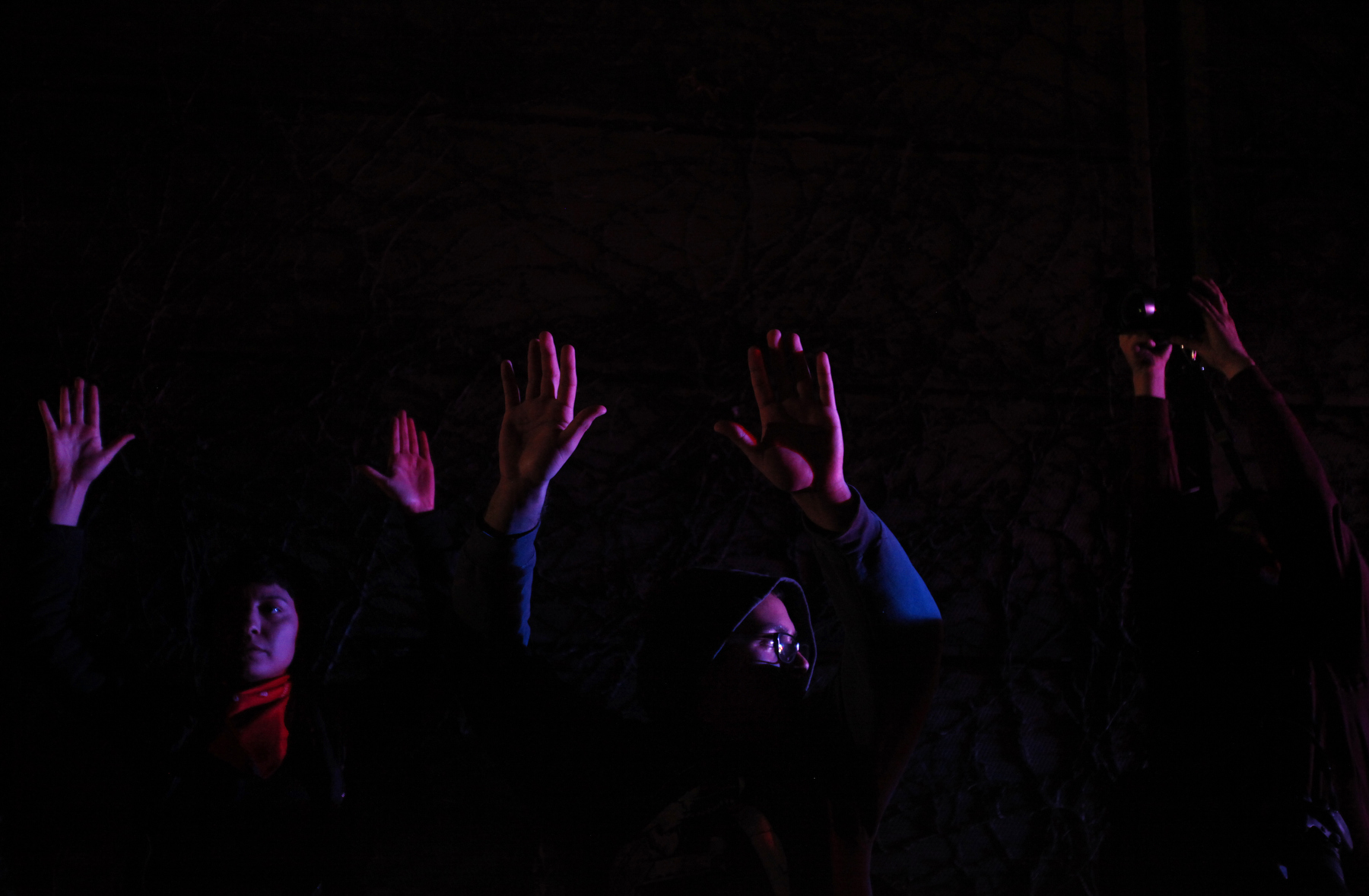 Protesters raise their hands in the "hands up, don't shoot" motion on the 580 westbound ramp as they move with others to take the freeway during a protest against the grand jury's decision not to indict the white police officer who fatally shot an unarmed black teenager months ago in Ferguson Nov. 24, 2014 in Oakland, Calif.